Australian Open reaching the final stages. Tsitsipas was amazing beating Nadal after being 2 sets down and totally outplayed. Nadal's interview after the match is just class... https://www.youtube.com/watch?v=oVaW7srbxNI
Osaka beats Serena in semis. I wonder how much she thinks of that elusive 24th grand slam title win and how much it weighs on the mind.
Joe Salisbury went through to mixed doubles semi final with Krawczyk. A semi men's doubles with Ram v Jamie Murray  & Soares to come.
So a great few days of tennis ahead.
Don't forget you can download the eurosport app for 99p/2 months and watch on Amazon Prime.

It's obviously still closed but getting closer to re-opening. We will be like bears coming out of hibernation. They will have had no idea about the lockdown!

The diet in general is going ok... Few hiccups with my scales breaking (not from overload!) and the new ones indicated I was 5lbs heavier so a bit of a setback but still the same targets! Needless to say I sent the new scales back as presumed they were faulty! That's the set in a row!

Big find is the alcohol craft beers at 0% alcohol and only around 50-80 calories. Only problem is that when you get to that point of target jubilation and celebration you'll be off your trolley quite quickly with a sniff of alcohol!

Will Edge Joke of the Week

Welcome to plastic surgery addicts anonymous. I see a lot of new faces here tonight, which is disappointing.... 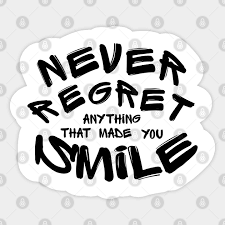 Lockdown Chores Because You're That Bored
• Descaling the kettle
• Straightening all wall pictures
• Washing the fridge shelves
• Delete liked songs on the playlist that should never have been on there - What was I thinking!

Cocktail of the Week 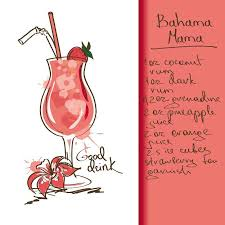 So we are a few days away from knowing how lockdown restrictions will be eased and we can slowly get back to normal... A lot of speculation about when tennis will be back. I can't wait to be back on court. Presumably they will probably start with singles and family play again... Who knows, but it will feel amazing and we will have missed all the bad weather. The evenings will be lighter and longer, we will be wearing lighter outfits and the temperatures will be higher. The club will be a haven of happiness! Bring it on!

Adjust your position around the baseline depending on how you want to play or how your opponent is playing. If you are playing a harder hitter then play a little further back to give yourself more time. If they are a softer hitter then get closer so you can attack more. This tactic can be used on return of serve too. Very often we see players not adjusting their position and missing opportunities to take advantage of the opponents strengths or weaknesses.

Out walking Marvin you come across many types of dog owners and you can normally tell their character by the dog's name. Now Marvin can be an annoying t**t at times (just like his owner!) but this morning I was out and the most annoying dog and owner crossed our path. Now we know that most dogs around our area are either a cocka, golden, labra, cava, doodle somethings. This one was a feisty golden doodle called Hugo! (mmmm) I knew it was Hugo as the owner had called its name about a hundred times within about 30 yards of reaching us. Marvin and Hugo started to play and instantly Hugo was a bit feisty and aggressive. " Don't worry, Hugo loves to play friendly but in a violent way!"
Good One! I think Marvin sussed Hugo out quite quickly and tried to make a sharp getaway. I just walked on to the sound of Hugo's name mentioned another few times, " Hugo, let go of the other dog's tail!" " Hugo, stop biting his neck"
All I wanted to shout was " take your f***ing Hugo before both of you end up in the lake!" To be fair dogs are dogs, but they've just got no chance with some of their owners!

Recommended Books From a Reluctant Reader

• Quiet: The Power of Introverts in a World That Can't Stop Talking - by Susan Cain
• If I Could Tell You Just One Thing - by Richard Reed
• An Astronaut's Guide to Life on Earth - by Col. Chris Hadfield

So, hope you are all as positive as possible and thanks to those who get in touch during the week especially after the newsletters. I really appreciate it.

Have a good week and keep in touch! 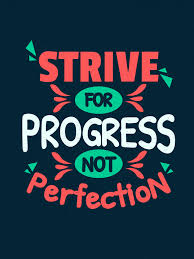 Back to tennis from 29th March! We have not been able to enjoy The Club as much as we would have liked during these challenging time but to help keep in touch we have produced a Club Newsletter.